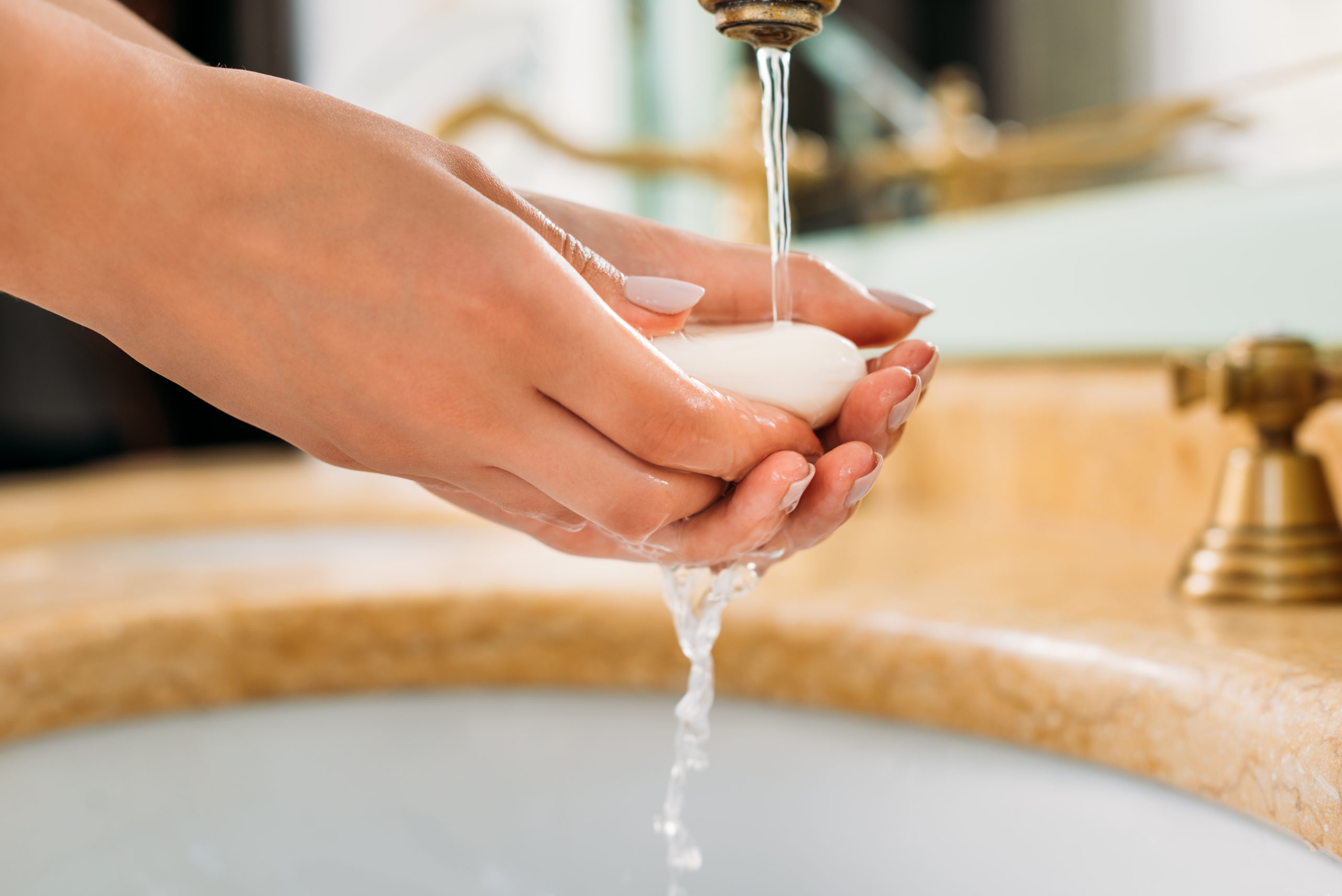 During the beginning of the first week of March, inquiries for rentals with immediate availability through the end of April began trickling in from customers wanting to leave New York City to come to Shelter Island. A few days later activity on the island was palpably different, with more walk-in visitors to the office, people strolling with baby carriages and suitcases on wheels rolling up and down the street. By the time the NBA cancelled the rest of the basketball season and after schools were closed, the trickle of rental inquiries became a full blown tsunami.

In a typical rental season, Landlords list their homes for their preferred dates with rates that generally flow within a range that fits the market, in terms of amenities and square footage. A 3-5 bedroom average house with tv/family room can be priced from $3-4k per month each off-season month which includes March and April. After Labor Day 2019, we sent out rental listing forms to Landlords for 2020 and a majority of owners updated their rental listing so it could be posted online.

When rental inquiries come in, availability/rates are confirmed with Landlords in order that the flow of communication can be handled efficiently. Many owners have decided to come to shelter-in-place at their Shelter Island homes, and others confirmed their off season rates and their houses as being ready to rent. Those who hadn’t previously considered renting asked for comparable rental listings, then gave us prices.

Beginning the week of March 15th, literally within hours, and in many cases, minutes of confirming availability, homes were loaned by generous Landlords to their friends, or Landlords already had commitments with leases being prepared and funds being wired. In many cases, we were informed that Landlords were contacted by other real estate agents who suggested that the rental rates could in fact be increased since the demand was greater, and by AirBnb which a landlord said had suggested tripling or quadrupling the off season winter/spring rates. One customer commented “it’s like the guy on Amazon gouging prices for hand sanitizer”. One Landlord whose rental rate had been priced below market said he is a person of his word and would honor the winter and spring prices he had written on his listing agreement last Autumn. A customer noted that one rental listing on AirBnb was priced higher for April than for September and that the rental prices “don’t make any sense.”

Beyond rent prices and dates, there are other concerns for Landlords including the possibility of renting to a tenant who falls ill and cannot move out at the end of the lease term and/or is unable to pay rent because of extenuating circumstances. Under the new NYS Housing Stability and Tenant Protection Act of 2019, Landlords can no longer collect rent in advance as was once the case, and consequently rental payments are due at the beginning of the month.

As reported in Curbed NY, “New York State officials have suspended eviction proceedings indefinitely throughout the state amid the novel coronavirus outbreak, according to a Sunday memo from the state’s chief administrative judge. Beginning Monday evening, eviction proceedings and pending orders will be suspended statewide until further notice as health officials work to curb the spread of COVID-19, Chief Administrative Judge Lawrence Marks wrote in the memo to court employees. The suspension applies to both residential and commercial evictions, Lucian Chalfen, a spokesperson for the New York Office of Court Administration, confirmed.”

Very often, homeowners list their houses for sale while also renting. The COVID-19 outbreak may also present challenges for the seller who may have a tenant who is ill or does not want to cooperate with people entering the home for a showing.

Several Landlords have also commented that under the circumstances, the Town of Shelter Island should also put a moratorium on the Rental Registration Law that was passed last year.

Since the beginning of 2020, home sales have been rising steadily, with strong transfers and listings in contract that in some cases have been on the market for over 3 years. Some customers are optimistic about investing in real estate, others are waiting for interest rates to go even lower, while on the other side of the coin, some customers are worried that they will be laid off from work. A mortgage broker I recently spoke with indicated that there is a high demand for refinancing and application for mortgages however the banks have not yet lowered their interest rates as much as they could and as a result many consumers are standing by.

The New York State Association of Realtors (NYSAR) wrote in a 3/18/20 memo:

“Owners Can Refuse to Have Showings/Require Reasonable Health Safety Measures – As a result of the national, state and local states of emergency, it is [our] opinion that a seller has the right to refuse all showings or require reasonable precautionary steps for all showings (mask[s], booties, washing and sanitizing hands, not touching anything, etc.). There are a few likely scenarios [real estate agents] may encounter that are discussed below:

“If the owner will not permit showings of the property but will still accept offers, it is possible to make contracts contingent on the purchaser viewing the property. The owner can also permit external showings;

“If the owner refuses any showings and offers, the listing broker could sue under the obligations of the owner set forth in the listing agreement as the seller is being uncooperative. Such actions may be treated differently by courts in light of health and safety issues we are experiencing.

“Considering the various states of emergency that have been issued, NYSAR has no legal precedent to rely upon. As such, NYSAR is issuing this memo with the understanding that there is a delicate balance between member/public safety and a licensee’s ability to provide services to their client or customer consistent with the provisions of federal, state and local laws. [Real estate agents] should make every effort to familiarize themselves with precautions and safety measures recommended by the Center for Disease Control (CDC) and various other governmental agencies.”

A couple of weeks ago I listed a home owned by a retiree. Rather than hold a broker open house and conduct customer showings while the owner is in residence, the seller opted to exchange homes with a relative to allow us more freedom to show.

I have found that public open houses on Shelter Island often do not benefit the seller by selling the actual home, but are instead a good tool for the real estate agent to get their name out in the public eye. A recent seller commented that they would not be requesting a public open house during the Coronavirus pandemic because it would be “tone deaf and irresponsible”.

The showings I have had recently included taking precautions with sanitizer and wipes, prepping the house by having interior doors open for easy inspection, and allowing the customer to walk through, keeping a distance. My office on Grand Avenue is stationed by one assistant and remains operational through email and phone, and our company has equipped our staff with the ability to work remotely.

The Town of Shelter Island has been posting updates on their website: https://www.shelterislandtown.us/ and Town Board Meetings are being streamed at: https://townhallstreams.com/towns/shelter_island_ny

Thankfully there have not been any cases on Shelter Island to date. I continue to pray for my friends, neighbors, customers and clients that they remain healthy. In times like this, although unprecedented, I believe our island community comes together and helps one another.

“Tonight before falling asleep think about when we will return to the street. When we hug again, when all the shopping together will seem like a party. Let’s think about when the coffees will return to the bar, the small talk, the photos close to each other. We think about when it will be all a memory but normality will seem an unexpected and beautiful gift. We will love everything that has so far seemed futile to us. Every second will be precious. Swims at the sea, the sun until late, sunsets, toasts, laughter. We will go back to laughing together. Strength and courage.”

"I came to Penelope based on her excellent reputation. She did not disappoint. The sale of my home involved a very difficult, controlling, buyer. There... continued"
- Recommendation from C.H. Sag Harbor, NY
View All