Home > August and the Town on Short Term Rentals

The pace of real estate has increased as August has progressed, with showings, offers, properties going into contract, and, over the past week there were two properties that sold and closed. 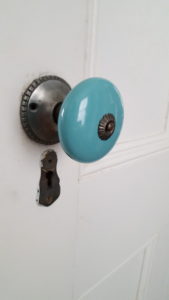 Colligan continued, “I think it’s safe to say we are prepared to move forward on this issue carefully, thoughtfully and responsibly and that it takes more time than we first thought. Not going to please all the people…it will be a step, an honest step by the Town Board to try to identify the problem clearly and attack that problem, and try to minimize the possibility of that problem happening. There is no policy that we are going to develop regardless of how many days we choose that’s going to solve the problem totally. That is just the nature of the beast. The problem has been around for a while. A lot of it is educating the public on what Shelter Island is about.” Town Board member Paul Shepherd interjected, “The problem is humanity.”

Discussion ensued as to whether a license should cover a time frame of May 15th to September 15th, 12 months, one month, 2 weeks, 7 days or seasonal. Paul Shepherd said “I don’t know… if it’s about getting enough revenue to try and cover certain expenses or to have a list of who’s doing what. I’m willing to reduce the speed limit to a minimum of a week.” He added that he is in favor of allowing one lease over the course of one month.

Town Board member Mary Dudley said that a study of Airbnb indicates that the customers are “looking for a deal, I’m not buying into that they are not the shoppers.”

Colligan suggested that there be a regulation for a minimum one week rental for a year, then evaluate it and if it doesn’t work, increase the minimum to 14 days.

In the audience Town Zoning Board member Emory Breiner remarked that “you are still trying to regulate bad behavior that may not correlate.”

There are Shelter Island Town ordinances concerning group rentals and noise, although to date there has been no discussion on how to more effectively enforce them.

Shepherd continued, “All we can do is regulate the agreement. The neighbors will watch them, I’m pretty sure they’ll have a good eye on it, that’s what it’s going to come down to, we can’t run a hotel that’s 8,000 acres. So it’ll come down to neighborhood watch, like hey, these are not the same people. So, we go to the door and knock and say we want your papers, prove to me…it can be finagled, anything can be finagled.” Town Attorney Laury Dowd noted that it is easy to enforce the advertising of a one week rental. Colligan said “unless they have to send us a copy [of the lease].”

Colligan said “We need to sit down with our hotels and say: hey if you want to get back into the market of short term, people coming for 2 and 3 nights, you need to take a look at your price, otherwise you are cutting your own throat, you’re losing out, it’s important for you guys to be on board with this to make it affordable to someone who can only come out for a weekend or for 3 days and not be spending $500 or $600 a night…$2 grand per weekend on Shelter Island is pretty stiff for lots of people.” An average 3 bedroom inland home with no pool on Airbnb was recently listed for $560 per night. During the weekend of August 13-14, at least two hotels and one B&B on Shelter Island had vacancies.

“It’s a ‘periodcity'[sic] issue. It’s all money,” Shepherd said. “As soon as money changes hands it’s commercial, it’s called the real estate industry…it’s our primary industry…the Chamber might remember: the real estate industry, its value is an important thing to try and protect. If there are people who are going to put their properties out there all the time, that is likely detrimental to neighborhood property values unless it’s carefully watched. I can’t tell you I am comfortable with four rental cycles in a month.” Town Board member Chris Lewis asked, “how about 2 instead of 4?”

Dudley asked about occupancy, whether they are proposing two per bedroom, to which the Board said this is correct, two individuals per bedroom. “I hope they keep their records because they will be looked at,” Colligan said.

"We used several other brokers over a four years span in attempting to sell our home in a very difficult housing market. We then asked Penelope Moore to... continued"
- Recommendation from R.F. New York, NY
View All